Female, 73 years old, active but limited by debilitating pain on the right hip. Her discomforts were compounded by a fall that caused a mild tear of her left Achilles tendon—as diagnosed by imaging. Previous imaging studies also revealed herniated discs on the right L4-L5 and L5-S1. She underwent epidurals and other procedures with no success.

Yes, that would be my mother, dealing with lower back and hip pain for as long as I remember. She found relief in 2009 after the application of deep tissue modalities but the relief lasted only a few months and the pain returned worse than before. She was frustrated but looking forward to my wife and I visiting. She even mentioned how much she wanted to be at the airport to welcome us.

But it was only my Dad who made it. Mom could not bear weight and had to stay home. Her injured left leg could not support her and her right hip was bearing more weight than usual, and thus, flaring out uncontrollably. Mom could only take a few steps before the pain forced her to stop.

Her issue was considered a chronic case of sciatica—presumably triggered by the affected discs. However, when traditional disc treatment proved ineffective, her case was classified as idiopathic, meaning there was no discernible cause. I should also add that about three years ago, Mom developed abdominal pains in the upper quadrants that flared up about twice per year, pains that were attributed to an inflamed pancreas. She was also in the midst of one of those when we arrived.

After clearing the Dural Tube of all protective reflex arcs—thus restrictions—the assessment via cranial scan indicated severe involvement of the arterial fascia in the left lower leg.

It wasn’t the side of complaint but it was the side with the injured Achilles tendon.

The strong release shifted the dysfunctions to the right lower leg in the Arterial System. The same structures as the left were treated as well as the lateral and medial surals, the posterior tibial, and fibular arteries (MSUR-A, LSUR-A, PTIB-A, FIB-A). After the final release, she reported her right hip already felt better.

And I hadn’t even touched the hip directly!

When I reassessed, the Arterial System had calmed down and the dysfunctions had shifted to the Lymphatic and Venous Systems on the left side. I noticed the increased swelling in her ankle and went to work immediately.

Those of us who have received Strain-Counterstrain know of the post-treatment soreness, more so if addressing issues lingering for years. Even those who are used to the therapy are always amazed how so gentle of a treatment can have such a deep impact and produce a level of soreness equivalent to receiving a vigorous deep-tissue massage. Mom was no exception.

I performed a full systemic treatment for the Lymphatic-Venous System to help her cope with the soreness and recover faster. That night she slept twelve hours straight.

The following day Mom felt much better but reported that an old back pain rooted at the sacrum and spreading across the lumbar area had returned.

When I assessed, I found the visceral fascia of the lower abdominal quadrants heavily involved.

The treatment gave her immediate relief. I informed mom that the old back pain had never really gone away, but instead, her body had just ignored it as it dealt with new issues.

How gratifying to see her walking around and standing up in comfort. Before treatment she needed to stop and sit down every twenty minutes lest her hip seized up. Now Mom could ambulate for about an hour before needing a short break. The swelling in her ankle was virtually gone and her left Achilles tendon was no longer tender to the touch. Incidentally, her pancreatic pain disappeared after treatment to the visceral arteries of the upper quadrants. Oh, and by the way, the sciatic nerve was never involved.

Mom received a total of ten treatments. Under normal circumstances, I would not perform so many in the course of less than two weeks but time was scarce. I relied on my experience and in knowing she was under my direct supervision. I must confess that many of her reactions took me by surprise and kept me on my toes, but as the treatment progressed, her body settled down.

I also took advantage to work on my Dad to help him with his diverticulitis and a protruding abdomen that responded to no exercise or nutritional approach. His was a case of scar tissue in his abdomen from a surgery he underwent when he was nine years of age. I was surprised to see how his protruding abdomen went down significantly and his digestive irritations calmed down after releasing the visceral fascia and his scar.

Finally, I helped Dorita, my nanny and second mother, with hip and back stiffness. She has a history of major surgical interventions about thirty years ago which left her abdomen and back with significant scars. When I assessed, the only interference I found was from the scar tissue and releasing it helped her significantly.

It was hard to say goodbye but I left with the satisfaction of knowing my mission was accomplished. Before I left, I purchased Mom a gym membership so she could start supervised exercise. I also showed dad how to continue releasing his scar tissue and I showed both my parents how to help Dorita continue improving. All she needs is a few minutes per day for the next couple of months.

Celebrating the day before returning. Mom, sister, nephews, and Dad. Everyone feels great.

It had been nearly seven years since my last visit. That time period saw my wife and I relocate and start a new business. There were tough moments and happy moments but the learning never stopped. I felt all those years were dedicated to mastering the healing techniques that allowed me to help my family, who incidentally turned out to be some of the most challenging cases in my career.

Thank you all for your support and kind words. I feel a tremendous gratitude for all those times you lent me your time and body to help me in my learning quest.

I wish you a fit and pain-free life. 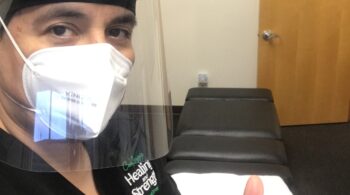 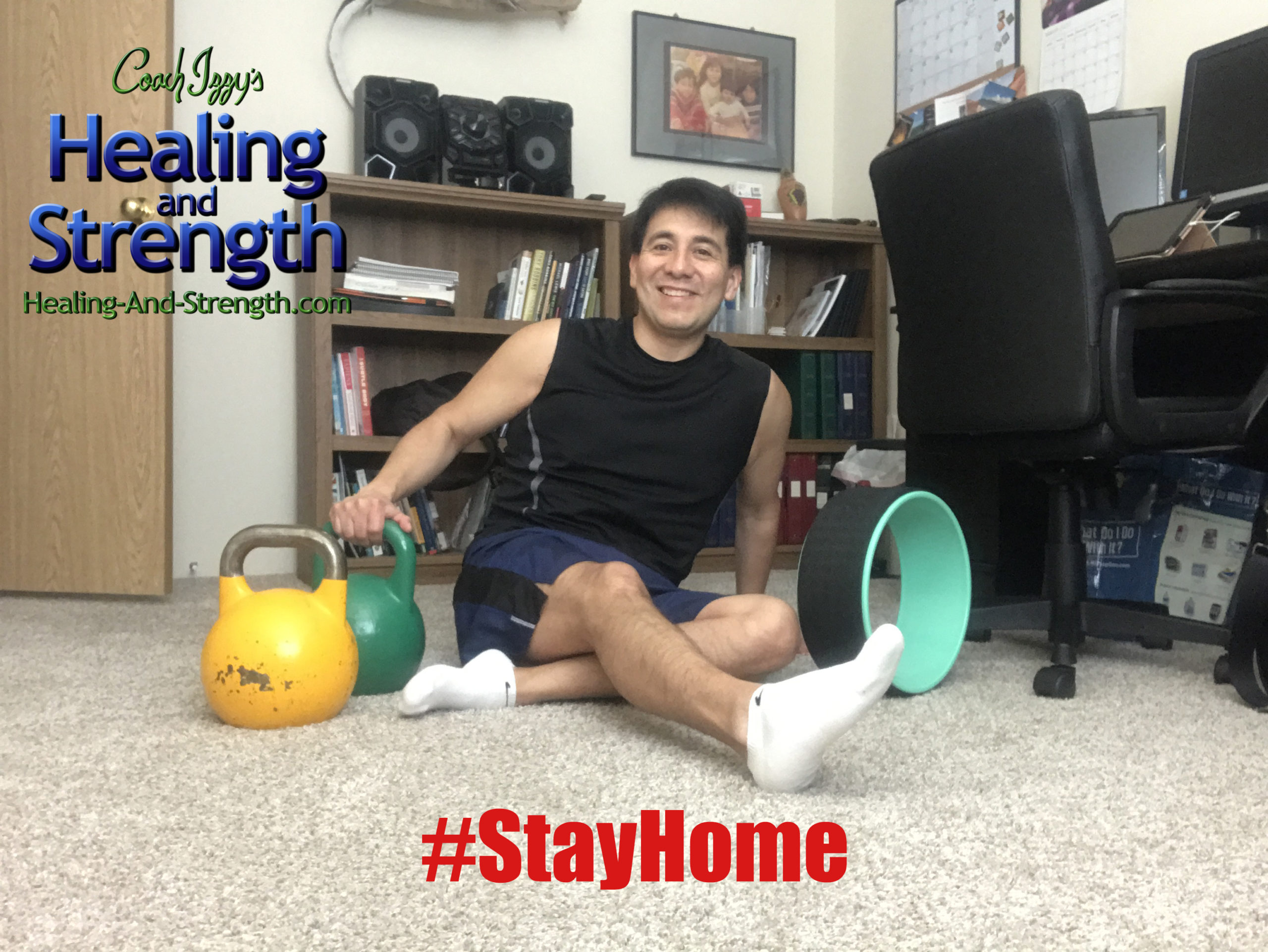